Last post on this blog, my new blog can be found HERE.
I will keep this one running due to the old posts content.

I'm now officially a member of the JBoss Application Server core development team, my blog will now become more personal, and switch focus to the matters of my main activity. I created a new blog for the Mobicents SLEE project, please follow it ;-)
0 comments

Mobicents SLEE 2.7.0.FINAL, codenamed RAY, is now available for download, check the release announcement, as usual there are lots of goodies included :-)
0 comments 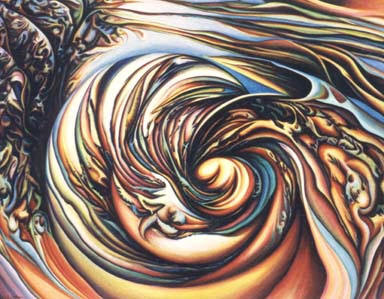 
Now with respect to the app/framework, very cool concept for development of service logic "recipes", check it out.

The Mobicents team is glad to announce that Mobicents JAIN-SLEE 2.6.0.FINAL, codenamed GANDHI, is now available for download.

Is it the best and strongest SLEE release ever? Probably, click here to read the full release announcement.
0 comments

The Future of Mobicents, from Sunset to Sunrise

October 2010, I wrote here how good was the 2010 Mobicents Team Meeting, how it was the best Mobicents event ever, how the event was morphing itself by including customers and community for the first time, etc.

December 2011, I started traveling to Sochi (Russia), the venue for 2011 Mobicents Team Meeting, and I was a bit nervous, expectations for the event were huge, the number of participants doubled again (like I predicted it was now much more than just a team meeting), so to me it was clear that the event would be even better this year, no matter what...

But a month before Red Hat decided to sunset JBoss Communications Platform, the product built from Mobicents, and then part of the team, including Ivelin Ivanov, the lead of the platform, left Red Hat to start a new company, Telestax, with the goal of taking over Red Hat on the role of leading development and support of Mobicents. I decided to stay at Red Hat for (at least) the next 6 months, taking the responsibility to lead JBCP till sunset, that is, ensure that all support contract SLAs will not breach till the end. Alex and Bartosz also decided to stay, which means that the whole Mobicents SLEE and Diameter core developers did not move to Telestax. On top of that, and as expected, Red Hat has no interest in continuing to work on Mobicents, a scenario that could obviously put in danger the roadmap of Mobicents SLEE and Diameter, this was truly bothering me.

But then the event was truly great, fulfilled all my best expectations, it started with a full day of 3rd parties presentations, including Twilio and Voxeo on the new cloud battle front, and went through all the usual Mobicents project reviews and roadmap presentation/discussion. Personally I'm very grateful to meet so much new talent face to face, everyone that was there for the first time was a standout!  Obviously I was also very happy to hear that Mobicents SLEE was truly rocking the world, comments like "A Mobicents SLEE node never goes down" or "Mobicents SLEE is running for about an year, with 0 failures, it just works" made me truly blush.

The meeting schedule included an 1 hour slot for Mobicents SLEE, where it was expected my presentation of the achievements and shortcomings for 2011, including a detailed overview on the new features developed, and the introduction of the 2012 roadmap. A day before I organized a meeting with the people present that was somehow involved in Mobicents SLEE development, to explain to everyone the whole Red Hat/Telestax situation, and agree on a roadmap for only the first half of 2012, since that's when the transition process must be completed, no matter what. We ended up freezing development of the 3.x branch, postponing also the developments around new management interfaces, and the XMPP Server RA, but the latter mostly due to not much interest shown by the Apache Vysper team to work on that.

With respect to my presentation (click here to download the slides), it was a pleasure to do it, the audience was great, and 2011 was a great year for Mobicents SLEE, with lots of releases, lots of new features, lots of binary release downloads (~7000, a 40% increase). The standout of the shortcomings was again the lack of code development done by community members, which I sincerely hope that changes in 2012, due to the special circumstances. On the new roadmap, and the reasoning behind it, I felt it was understood, and this was very important.

I sincerely believe that the project transition to a startup like Telestax is a good move, and I trust that the new company succeeds gathering enough interest and human resources to make Mobicents the comercial success that it truly deserves to be. I can't guarantee that I will be on board soon or ever, I really love working at Red Hat, and I will also have to consider any great 3rd party opportunities, but whatever happens in the next 6 months, and whoever leads the project after that, Mobicents SLEE is now too big to depend on me or someone else, and that is a great accomplishment.

A few words on the event organization, thank you Oleg, for all your work and commitment, the meeting hotel was not that great, and we did not have the expected ski fun, but I felt that everything in the schedule went smooth, and I think that everyone who participated was truly involved and happy, and that is what really matters...

In case you missed the announcements, Mobicents JAIN SLEE 2.5.0.FINAL and Mobicents SIP Presence 1.0.0.FINAL were released and are now available for download.
0 comments

3) Presence and Resource Lists Servers:
+-- Pres Rules Transformations, documents are now used not only to authorize
presence subscriptions, but to transform the presence state notified. Polite
blocking supported too;
+-- Service that monitors permanent presence state in the XDMS, such state is
then composed with the state published through SIP;
+-- Extended Accepted Presence Content:
- OMA Extensions to PIDF and Presence Data Model, OMA PDE 1.0, OMA
PDE 1.1
- IETF RFCs 3863, 4479, 4480, 4481, 4482, 4199, 5196;
+-- Simpler extension of accepted presence content, just drop xsd files in
related configuration directory and the server will automatically combine all
to achieve the supported documents schema;
+-- JAXB replaced with DOM in publication and subscription interfaces, faster
and better validation of state published, no unneeded XML namespaces in the
notified state;
+-- Multiple event packages now supported in the SIP Event Publication
Control, opens the door for the support of other publishing services in the
integrated server.

There you go, first update for Mobicents JAIN SLEE 2.4 a.k.a. SAKURA, click here for the release announcement and the download link.
0 comments

Apple yesterday unveiled 10 key features of iOS 5, and iMessage app is one of these, a mobile IM client, which I suspect includes SMS integration, as I don't see Apple having two message systems in iOS.

Including or not integration between IM and SMS, this will be the second Apple stab to traditional telco operators revenue - Facetime was #1 - since iOS will exchange free messages among iOS users, perhaps even OSX users at some point (same route as Facetime), going around SMS. Of course, IM is nothing new, just like video calling was nothing new, but what is relevant here, is that #1 mobile platform (according to yesterday's keynote) is replacing/extending the standard mobile device messaging system, SMS, with IM, and that opens doors for a much clever system, and where the traditional telco operator is not involved, other than be the data pipe if 3G is used instead of Wi-Fi.

The details about iMessage system are almost none, besides what you can view at the keynote video (iMessage is announced at around 1h and 11min), the Apple SVP just slips the detail that it will use the proven and reliable Apple Push Notification System, which serves billions of notifications. If I remember correctly this system uses XMPP. In humble opinion Apple is in the right direction, choosing finest standards for each functionality needed, SIP for call control, XMPP for IM.

In my mind there are a few doubts for what is coming next, the first about iOS 6, will there be an iVoice/iCall, closing the circle and providing a final stab into operators? The second, related with Android, will Google turn GTalk the main messaging system too, with SMS integration, and put SMS as "past" feature for old mobile phones? The third related with all mobile OSes, will there be any interop?
7 comments